WHAT MAKES A FIVE-STAR FAMILY?

Established in 1993 by the Armed Services YMCA, Military Family Appreciation Month recognizes the sacrifices that families make to support their Soldiers, Marines, Sailors, Airmen, and Coast Guardsmen. Each year in November, the President signs a proclamation marking the beginning of a month-long celebration of the Military Family in which the Department of Defense and the nation will honor the commitment and sacrifices made by the families of our nation's service members.

Since 1994, the Armed Services YMCA of Hampton Roads has taken this recognition further by hosting the Five Star Military Family Recognition Luncheon. This annual event recognizes active-duty, service members, enlisted and junior officers, along with their families who best represent service to their country and commitment to their local community through a spirit of volunteerism. Families are nominated by their Commands, family, friends, peers and other non-profits. Want to learn more about what makes a Five Star Military Family? We'd like to introduce you to our 2021 Five Star Families.

Here in Hampton Roads, we have the highest concentration of military personnel outside of the Pentagon. We see all the ways our military members are supporting this community; behind the scenes, before the sun rises, after everyone else has cleared out for the day, and even when they are exhausted after their full-time job serving our country. They show up when asked and stay until the job is finished. The Five Star Military Family Recognition Event is our opportunity to express the gratitude of our community.

Check out this year's Five Star Highlighted Families and learn about the wonderful impact they are making here in Hampton Roads.  If you know of a military family that deserves to be recognized, we hope that you will nominate them!  Nominations will open in the summer!  Until then, mark your calendars to join us for the 28th Annual Five Star Military Family Recognition Luncheon on December 2, 2022 @12PM at The Westin in Town Center!

Justin “JP” Lane joined the U.S. Army in 2008 at the age of 20 years old. As a combat engineer, he was deployed to Afghanistan as a Specialist with the 428th Engineer Company in October 2010 to search for IED’s. (Improvised Explosive Devices) On July 2nd, 2011, his RG31 truck was penetrated by a 200lb IED while on a mission. He was in a coma for 6 weeks and sustained a total of 26 injuries, including the loss of both legs – changing his life forever.

JP will tell you he joined the Army to serve and protect the American people, and by the grace of God, he still does. He promotes post-traumatic growth to civilians, veterans, and active duty troops across the country, helping them build a mindset to ‘Never Give Up, Never Surrender’. He is an inspirational speaker and singer. He has performed at
President Obama & President Trump’s Inauguration. Famous artists such as Neal McCoy, Lee Greenwood, Gavin Degraw, and more.

Crystal, his wife, encouraged JP to write his book “Walking Again”, which has now sold globally on Amazon. His journey of faith, determination, and love of life is inspiring. 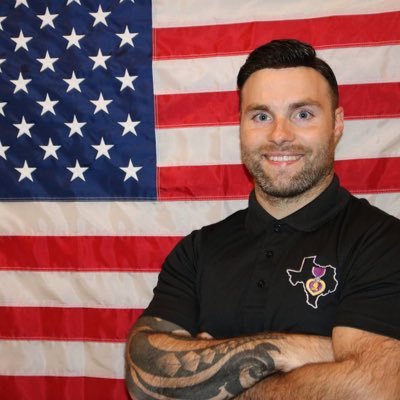 THANK YOU TO OUR MILITARY BRANCH SPONSORS

THANK YOU TO OUR AMAZING EVENT SPONSORS FOR THEIR SUPPORT